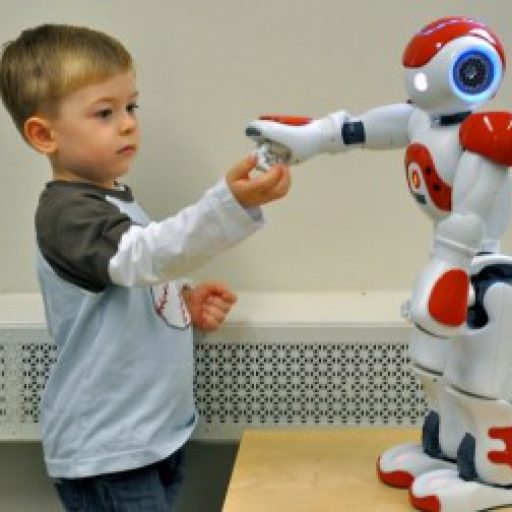 ATLANTIS attempts to understand and model the very first stages in grounded language learning, as we see in children until the age of three: how pointing or other symbolic gestures emerge from the ontogenetic ritualization of instrumental actions, how words are learned very fast in contextualized language games, and how the first grammatical constructions emerge from concrete sentences. This requires a global, computational theory of symbolic development that informs us about what forces motivate language development, what strategies are exploited in learner and caregiver interactions to come up with more complex compositional meanings, how new grammatical structures and novel interaction patterns and formed, and how the multitude of developmental pathways observed in humans lead to a full system of multi-modal communication skills. This ambitious aim is feasible because there have been very significant advances in humanoid robotics and in the development of sensory-motor competence recently, and the time is ripe to push all this to a higher level of symbolic intelligence, going beyond simple sensory-motor loops or pattern-based intelligence towards grounded semantics, and incremental, long-term, autonomous language learning. The project innovates with foundational research in many aspects relevant for achieving incremental, grounded, early language learning on autonomous robots. It further extends novel   computational   language   processing   and   learning   frameworks   such   as   Fluid Construction Grammar (FCG; Steels, 2011) and new components for unifying semantic and pragmatic aspects of language processing such as Incremental Recruitment Language (IRL; Spranger et al., 2012b). ATLANTIS tries to not only innovate in specific areas but pilots a more holistic approach to the computational study of early language learning by integrating empirical and robot studies and considering different stages of language learning jointly.

The Association for the Advancement of Artificial Intelligence, in cooperation with Stanford University's Department of Computer Science, is pleased to present the 2017 Spring Symposium Series, to be held Monday through Wednesday, March 27-29, 2017 at Stanford University.